Our cleaners deliver WOW results in your home and our Customer Service team delivers the best customer service in Australia. This is fundamental to our identity. We’re here to chat 7:30am – 7:00pm Monday to Friday, 8:00am – 5:00pm Saturday.


We have very high expectations for our cleaning partner and get feedback from you on every clean they do. Unlike others in the industry, we also believe it’s non-negotiable to make their lives easier and pay them fairly. You can feel good about hiring a Maid2Match cleaner.


Delivering a single 5 star experience is not difficult. Consistently and regularly delivering the same 5 star experience across thousand’s of home is. We have a 73 point cleaning checklist for our regular homes to ensure we are always hitting the mark.

Percy is Maid2Match’s biggest fan! He loves that he can book his clean in just 60 seconds and not have to worry knowing his dog house is being cleaned by insured and vetted cleaners. Try out the Maid2Match for your house cleaning Adelaide service and see if you agree!

Other Adelaide Locations We Serve

What Services Do We Offer?

– All homes can get a bit dirty at times – our deep clean is here to help. For an extra fee our team can take an extra look at those little detail areas.
– You can see what additional items are included by looking at our services page.

– Moving homes? Our bond clean service is perfect to get it looking spick and span.

– We offer a number of additional services for those bits and pieces that you need looked at from time to time.
– Please check them out here

How Much Does A House Cleaning Cost?

We offer two pricing options; Flat Rate & Hourly. Flat rate pricing is our most popular option as we provide a quote to clean your whole house (interior) based on the # of bedrooms and bathrooms you have. This ensures we aren’t constricted by time and get your full house cleaned.

What Is Included In A Standard House Clean?

Our standard house cleaning service includes; dusting, sweeping, mopping and wiping down all surfaces. We will perform these tasks thoroughly in every room in your home.

How Do I Book My House In For A Cleaning Service?

You can easily book your service over the phone with our friendly team, or online via our booking form. You can even book from your mobile or tablet on our website. It takes less than 60 seconds to book online.

Do I Have To Be Home During The Cleaning Service?

Not at all, you can just leave us a key to gain entry and we will take it from there. You can leave a key under the mat, in the mailbox or lockbox, at the front-desk if you live in an apartment - whatever is most convenient for you.

How Long Will It Take You To Clean My Home?

The time it takes varies based on the size and current condition of your home. Our cleaners work efficiently while also ensuring everything from our 73 Point Cleaning Checklist is covered. Typically we allocate 1 hour per bedroom in your home. A three bedroom home would typically take around 3 hours.

What If I Am Not Happy With The Service?

After your service is complete, you will receive an email asking you to rate your booking and provide comments. In the unfortunate circumstance that something has not worked out as you expected, please let us know. We stand by our work! If you are unhappy with your service, we’ll return to make it right. Still not happy? We’ll refund the service.

I Have Questions, Who Can I Talk To Before I Book?

Reliable service and Kirsten does a great job. A perfect match and making life easy for me. Thanks for that small gift too 😉

The team were amazing and did a fantastic job. They worked really hard and cleaned areas and appliances that I never thought would be clean again. After nearly 20 years in this house and to have it looking pristine at sale time is all attributed to the maid2match team. Thanks to you!! Much appreciated!!

Adelaide is the 5th most populated location in Australia and is the capital of South Australia. It is located on the Adelaide plains next to the Mount Lofty Ranges and has a population of about 1,324,279 which stretch from Gawler to Sellicks Beach.
Adelaide City Centre sits in the middle of the city of Adelaide. Locals refer to this suburb as ‘The town’ or ‘City’ to differentiate it from the overall City of Adelaide. This part of Adelaide includes the square mile which is surrounded by the North, West, South, and East Terraces. The area of Parklands that lies south of river Torrens is also part of Adelaide City Centre.
Many key state Government offices and the parliament sit within this suburb. It also has a high population thanks to its many apartments. This city was part of the Adelaide plains where indigenous Australians known as the Kaurna lived. The aboriginal name for the City Centre was ‘Tarndanya.’ It roughly translates to ‘Male Red Kangaroo Rock.’

Our Team In Action 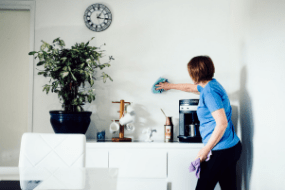 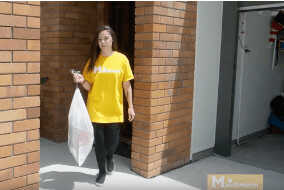 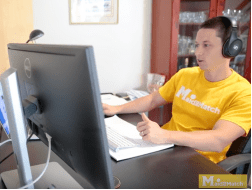 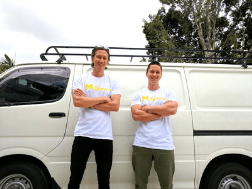 House cleaning prices in Adelaide range from $22 to $40/hr. You can also typically expect flat rate domestic pricing from $70 to $200 for weekly and monthly cleans. Prices for bond cleans are generally from $150 to $500 depending on the size of the home.