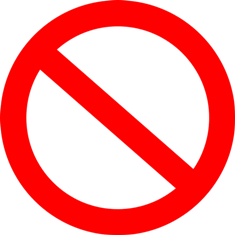 7 Items You Should Never Flush Down Your Toilet

Sometimes my toilet looks like my trash can and my trash can looks like my toilet…. WAIT A SEC… maybe not the second one of those. That could get messy! But seriously I know I am not alone when it comes to being a little guilty of putting some items which don’t belong in the toilet from time to time.

However there is a difference between flushing a tissue down the toilet and pouring excess petrol down the toilet. If you want to have a clean house, a clean bathroom and keep a clean environment it is time to be considerate of which items you should not flush down your toilet. Some of our list might even be surprising to some people in our community. 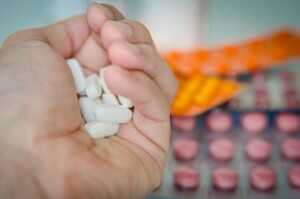 Yes, I know every murder mystery ever on TV does it and you know what it’s not like it isn’t possible. Your toilet is unlikely to ever clog from flushing medication down it. The issue here is the contamination it causes to our water. The sewage system is not designed to remove medication from the water so it can end up in rivers or the ocean.

These are often made from plastic so they don’t biodegrade therefore they should be thrown in the bin. Even ones made of cloth are likely to clog up your toilet and are best when they are disposed of in the trash can.

This sounds like a silly one but is in fact very serious. I have heard a story from someone who used to work in the sewers who reported they used to think they were looking at fish on top of the water but after getting close enough one day realised it was condoms which had become filled with air or water. A bit sad to say the least. It is always best to wrap the condom and the wrapper inside some tissue and put it in the bin.

Hair causes more clogs than anything else. It rolls up into balls in drains and gets caught on all sorts of things. A house I moved into once had so much hair in the shower drain that the shower would flood all the time. Needless to say we had that fixed quick smart. Hair traps odours and creates massive blockages. You should throw your hair either in the compost or the bin.

A product that is designed to absorb moisture and expand when wet. Ah yeah… that should be obvious it is a horrible idea to try and flush it down the toilet. Yet the problem persists as basically every public bathroom has a reminder and a bin. A bin is where these belong, just wrap it up politely too. 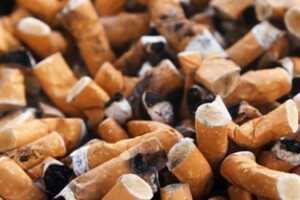 For starters it is a waste of a flush as these are so small. But worst of all these have some really toxic chemicals in which can’t all be cleaned out of our waterways. These are a shocker for the environment and belong in the bin.

One small piece of floss is nothing right? Well imagine what it is like when it all bunches together, it gets very messy and is a prime culprit to block up the toilet. It is also highly likely it will wrap itself around other items in the pipeline. Plus dental floss is not biodegradable. Although high-five to you for flossing your teeth.

Now, while Maid2Match might be able to keep the bathroom in your house sparkling clean we certainly cannot reverse damage to blocked plumbing in your toilet. If you have a blockage in the toilet from disposing of one of these above items incorrectly you will stuck with an embarrassing call to a plumber!