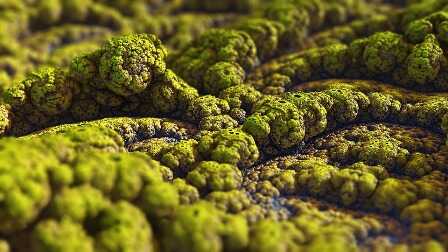 People think about the phrase “mould” and tend to panic. Yes, mould can be toxic and deadly- but that is a certain type of mould that grows without attention for long periods of time. In general, mould in a home tends to happen when there is moisture and heat. Most bathrooms usually end up accumulating mould in showers, drains, or at the top of walls and gathered in corners.

You can remove small amounts of mould without having to use harsh cleansers, like bleach. We are going to go through the three ways to remove mould from your home without using toxic chemicals. First, however, let’s review why people are scared of mould and what the impact on your health is as a result of letting mould grow for too long.

According to Poison.org, “Mould is a non-scientific term for many types of fungi – unwanted, unappealing patches of black, brown, yellow, pink, green, smelly, fuzzy growths. Countless species of mould are found both indoors and outdoors.”

In an extensive report, the Institute of Medicine (IOM) did not find enough evidence to identify health effects which were definitely caused by spending time in damp indoor spaces. However, the experts found that being in damp indoor spaces seemed related to respiratory illnesses: nose and throat [upper respiratory] symptoms, cough, wheeze, and asthma symptoms. They also found limited evidence that these environments can be associated with shortness of breath, the development of asthma in people who did not previously suffer from it, and lower respiratory symptoms (coughing, wheezing, chest tightness, and shortness of breath) in healthy children.

Based on available research, IOM was not able to substantiate claims of numerous other symptoms such as skin irritations, fatigue, cancer, lung disease, or respiratory infections. There was enough evidence of health effects overall, though, that IOM identified damp indoor spaces as a public health problem that needs to be addressed.

So, if you see mould in your home- put on a mask and get ready to clean!

White vinegar is your best natural defense against mould. It has been proven to kill 90% of all mould species. Plus, it isn’t toxic to breath in or if you accidently get it on your skin or in your mouth. The best way to use white vinegar to combat mould is to mix it in a spray bottle. You want a fifty-fifty mix of white vinegar and cold water. 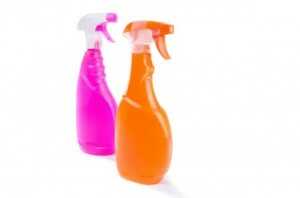 After you create the white vinegar and water mixture, spray it directly on any mould that you see. Sometimes it is also a good idea to use this method as a preventive measure every other month. Leave the white vinegar and water mixture on the mould for one to two hours, depending on how much and how thick the mouldy surface is. You can use your best judgement for this part. Finally, wipe the mould off with a paper towel and throw that away. Do not use a cloth towel for this portion. A cloth towel will be tossed into a washing machine and can transfer the mould, which isn’t productive. Perform a final spritz of the white vinegar mixture on the surface where the mould was and let that air dry. Once it dries, the smell of vinegar will dissipate.

Another option to remove mould without using toxic cleansers is with natural baking soda. Add one quarter of a tablespoon of baking soda to a spray bottle of water and gentle shake the bottle. Make sure the baking soda is fully dissolved before you use the mixture. Next, spray the mouldy area with the baking soda and water solution. Use a thick paper towel or an old toothbrush to scrub the mould and to help it detach from any surface. Once you’ve scrubbed away the mould, make sure you rinse the surface with water to remove any residual mould.

Your last step is to spray the area on final time with the baking soda mixture and then let the surface dry. This will kill any leftover mould. Once the mould is removed, you may want to repeat this process monthly as a preventive measure.

The third way to remove / clean mould without using any toxic cleansers is to consider using a fifty-fifty mixture of straight pineapple juice and cold water in a spray bottle. Now, this might seem unconventional but it does work. The key to this process is to ensure you are using true pineapple juice. Real pineapple juice has a high acidic level that is known to quickly dissolve all types of mould. After you mix the pineapple and water solution, spray the mixture on the visible mould. Let it sit on the mould for fifteen to thirty minutes, spending on how thick the mould is. Wipe the mould down with a paper towel.

Mould can be a scary thing when it is left to grow for long periods of time or is harvested inside walls or under floor surfaces. If you wear gloves and a breathing mask while cleaning mouldy surfaces, you shouldn’t feel the need to worry about your health. There are other chemical considerations when it comes to killing mould, but they can be just as dangerous to breath in- especially in confined areas, like bathrooms. Always make sure you wear protective eyewear when removing mould from ceiling surfaces. Even when you use natural cleansers and solutions, the dislodged mould can fall from the ceiling and it isn’t something you would want to get into your eyes or your nostrils.

Call Us Now
Please be advised that due to COVID-19 restrictions we currently have limited availability for cleaners in certain areas. When you submit a booking enquiry via our online form, we will reach out to you to confirm our availability in your area as soon as possible. Thank you for your understanding